He looked as though he was deep in thought 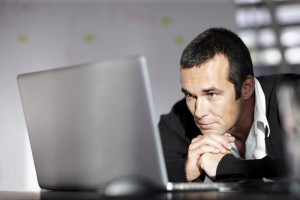 Although was originally two words and was more emphatic than though.

Today they are used interchangeably to mean ‘in spite of the fact that’.

The study was conclusive though/although it had some limitations.

Though is sometimes teamed with even for more emphasis.

He came even though he was tired.

Although is often considered more formal than though.

Though also sometimes teams with as and can be used instead of if. Although cannot be used in this way.

‘Fine graphite lines, soft crinkly yellow tissue paper – it was as though he held the map of a thought between thumb and forefinger.’ Peter Carey

Learn more about other commonly confused words with my online Business Writing course.

All ready and already Altogether versus all together