Apostrophe usage: when to use them and why

When to use apostrophes 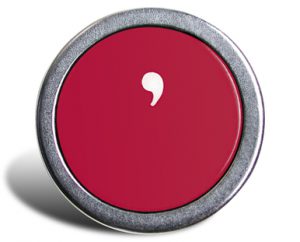 With so many different punctuation rules that need to be followed when writing the English language, it can sometimes get confusing.

Language researcher David Graddol predicts that in 2010 there will be 2 billion people on the planet speaking English, of whom only 350 million will be native speakers. So how the English language develops over the next 100 years may largely depend on what non-native speakers do with the language.

I wonder if non-native speakers will change the punctuation rules and abolish the apostrophe as it’s often not essential for meaning. Although I’ve used an apostrophe in that last sentence, you would understand the sentence without it.

The apostrophe has nothing to do with plurals. This article looks at the possessive aspect of apostrophes and common mistakes people make.

Use apostrophes for possession

The apostrophe indicates ‘belonging to’ or ‘of’, for example, the boy’s game means ‘the game belonging to the boy’.

In plurals, the apostrophe comes after the plural form of the word, which may not necessarily be an ‘s’, for example, heroes’ rewards (rewards of the heroes), children’s toys (toys belonging to the children).

One troublesome area is what to do with words ending with ‘s’, for example, Frances. Do you say Frances’ book or Frances’s book?

This has become a style choice because the experts don’t agree!

‘For personal names ending in s, the situation is problematic because of the differing ‘rules’ that are variously invoked. One such rule involves the sound of the word: if the possessive inflection is pronounced as a separate syllable, it takes an apostrophe s; if not, the apostrophe alone should be added. The problem is that different people pronounce such possessives differently. Should it therefore be Burns’ or Burns’s? A competing rule has it that names consisting of one syllable always take an apostrophe s (Burns’s), whereas those of more than one syllable take only the apostrophe (Dickens’). Cutting across these practices is the notion that certain time-honoured names ending in s (particularly from biblical and classical sources) take only the apostrophe, whatever their length or pronunciation (Jesus’, Herodotus’).

‘Given this confused situation, the most straightforward course of action is to add apostrophe s to any name ending in s, however long or short it is and however it is pronounced. Thus:

On the other hand, The  Associated Press (Guide to Punctuation) says:

You only need one apostrophe for joint ownership:

When apostrophes become confusing, I think it is better to write the sentence another way. For example:

Use apostrophes for adjectival possession

There is a second category of possession, which I called adjectival possession, and it means ‘for’ rather than ‘belonging to’ or ‘of’. For example, girls’ school (school for girls), widows’ pension (pension for widows).

This apostrophe is often dropped these days, for example, girls school and widows pension.

Confusing its and it’s

Apostrophes in plurals are common, but wrong (Unique Santa Photo’s).

Plural abbreviations and dates, such as CDs, 1990s, FAQs, do not need an apostrophe unless they are possessive (1990s’ fashion).

Remember, the apostrophe primarily indicates possession and has nothing to do with plurals.

Register for my online course Grammar, Punctuation and Usage to learn more about apostrophes.