The family is having fun 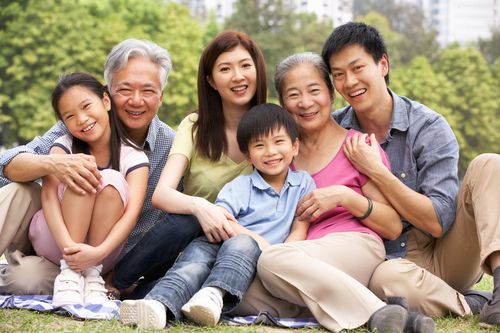 A collective noun refers to a group of people or things, e.g. herd, assembly, staff, jury.

When a collective noun refers to a single entity it takes a singular verb.

The tax office is revising its management strategy.
The board is meeting on Monday.

When a collective noun is referring to a group of individuals it takes a plural verb.

The staff are giving each other presents.

The family is united in its disapproval.
The family are taking separate holidays this year.

I often see writers using the singular verb after the collective noun, but then switching to the plural pronoun, they.

While this is not grammatically correct, I think we increasingly accept this usage.