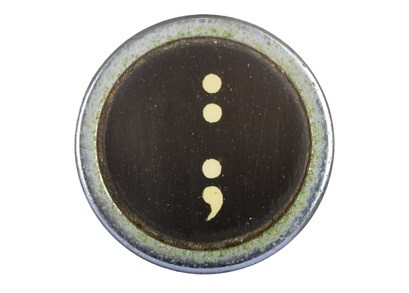 Confusion about colons abounds. Here we break down the difference between colons and semicolons so you can use them effectively in your writing.

In a nutshell, colons introduce, link or separate words and ideas. Semicolons create a stronger break than a comma, but a weaker break than a full stop. They join two independent clauses without the need for a conjunction.

In summary, think of the colon as a way of pointing the reader’s attention forward.

The most common use of a colon is to introduce a bulleted list.

Some writers use a colon to introduce a list within a sentence, but you don’t need a colon if your sentence has a verb such as include or starts with for example or such as.

The colon is used after a clause to introduce explanatory information, give examples, introduce a quote, and in dialogue and question-and-answer formats. A comma is often used instead of a colon in dialogue, particularly for short quotes.

The managing director said: ‘We’re all in this together. It is irrelevant who made the initial mistake.’

Use lower case after a colon unless the following words are a quote, question, or proper name.

The question is: Who will be the winner?

Connect and separate at the same time

Semicolons show a connection between two independent clauses and yet keep them separate at the same time. Oscar Wilde quotes are wonderful examples of such semicolon use.

Although few of us have Oscar Wilde’s wit, you can use a semicolon in business writing or essays to link two independent clauses (i.e. two sentences) that are not joined with a conjunction.

The meeting ended at 8pm; an agreement had been reached.

You shouldn’t use a comma to separate two independent clauses, but you could rewrite the above sentence with a conjunction, full stop or dash.

Before some transitional words

You don’t need semicolons before conjunctions such as but, and or so, but you do with adverbial conjuncts, such as however, therefore and moreover. You also need a comma after these words.

You can avoid the need for a semicolon by rewriting the sentences.

Use semicolons to separate units in a sentence when one or more of the units have commas.

Although they have a function, it’s possible to write perfectly well without ever using a semicolon. If you don’t like them, you’re in good company. US author Kurt Vonnegut said:  ‘Do not use semicolons. They are transvestite hermaphrodites representing absolutely nothing. All they do is show you’ve been to college. ‘

Learn more about punctuation with my online course: Grammar, Punctuation and Usage.