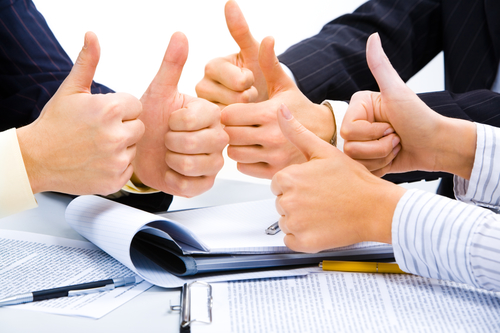 Comma splices and run-on sentences are common problems in business writing. So what are they?

They are both comma errors.

As a general rule, a comma is not strong enough to join two independent clauses.

You could correct this sentence with a semicolon, conjunction, dash or full stop.

This error came to my attention, because I was reading business documents with a template that constrained word length. Towards the bottom of some pages, the number of comma splices increased, no doubt to fit more words on the page.

In Elements of Style, Strunk & White say that comma splices are better than a semicolon when the clauses are short and alike in form, or when the tone of the sentence is conversational. They give the following examples:

Man proposes, God disposes.
The gates swung apart, the bridge fell, the portcullis was drawn up.
I hardly knew him, he was so changed.
Here today, gone tomorrow.

‘Done knowingly by an established writer, the comma splice is effective, poetic, dashing. Done equally knowingly by people who are not published writers, it can look weak or presumptuous. Done ignorantly by ignorant people, it is awful.’

My advice is to avoid comma splices in business writing.

Some people think that a run-on sentence is a long, rambling sentence, but this error has nothing to do with sentence length.

A run-on sentence, sometimes known as a fused sentence, has no punctuation between two independent clauses.

The train was late I walked to work.

This error is easier to spot. Once again, you can correct it with a semicolon, conjunction, dash or full stop.

Comma usage can be confusing

Try reading several documents looking for comma usage, and I bet you find some inconsistencies. In my experience, editors seldom agree about all aspects of comma usage.

The modern comma was invented by a Venetian printer Aldo Manuzio, who was working in Venice circa 1500. It became known as a comma from the Greek work koptein meaning ‘to cut off’.

Do you use commas for clarity or when you’d take a breath?

According to Comma Queen Mary Norris, there are basically two schools of thought about commas:

‘One plays by ear, using the comma to mark a pause, like dynamics in music; if you were reading aloud, the comma would suggest when to take a breath. The other uses punctuation to clarify the meaning of a sentence by illuminating its underlying structure. Each school believes that the other gets carried away. It can be tense and kind of silly, like the argument among theologians about how many angels can fit on the head of a pin. How many commas can fit into a sentence by Herman Melville? Or, closer to home, into a sentence from The New Yorker?’

I think there is a middle ground. I generally come down on the side of clarity, but sometimes will use a comma where I would take a breath. What do you think?

Comma usage is not as haphazard as it sounds. There are some basic rules that can help you punctuate clearly. Watch my video to learn more.

Improve your grammar and punctuation with my online Grammar, Punctuation and Usage course.

How to improve your business writing All about Words: kick-start your writing, comma splices and run-on sentences