Commas: how to use them well 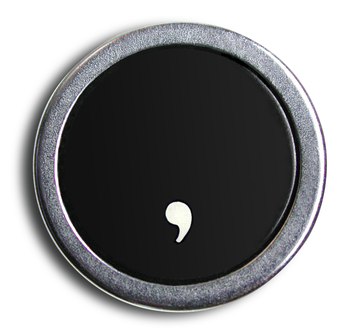 Commas aid clarity, prevent ambiguity and indicate where you need to pause. Often you can tell if you need a comma by reading your work out loud though this won’t always work because punctuation is mainly for the eye, not the ear.

We tend to use more minimal punctuation today than we did in the past, and editors don’t always agree about whether a comma is necessary. Sometimes, if the meaning is clear either way, commas are a matter of personal preference.

At other times, commas – or the lack of them – can change the meaning. Some examples are:

In all of the above examples, commas are used to prevent confusion. Here are some other guidelines to help you with the correct use of commas.

Use commas to separate items in a series or list within a sentence, as in this example:

The details required are name, date of birth, address and phone number.

Commas are used to set apart incidental or extra information that could be removed from the sentence without fundamentally changing its meaning. (These clauses are known as non-restrictive or non-defining). Compare:

Note that in the first example, there could be other players who are not back in town — there is no need for commas here. In the second example, all players deny the charges and, incidentally, they are all back in town. You need the commas in this sentence.

The report, which we filed on Friday, was incomplete.

You can use a comma to separate two independent clauses or ideas when they’re joined by any of these seven coordinating conjunctions: and, but, for, or, nor, so, yet.

The proposal looked promising, but some information was missing.

In my opinion, there is often no need for these commas if the meaning is clear without them.

Use commas after introductory statements.

On Tuesday 4 September, we plan to discuss the new housing development.
Although it rained all weekend, the convention was still held.

I’ve noticed that some writers are now omitting such commas if the meaning is clear.

With a string of adjectives before a noun

We often use commas with a string of adjectives before a noun.

The room was damp, dirty and untidy.
The girl had bright blue eyes and dark red hair.

We use commas to avoid repeating words unnecessarily.

To prevent confusion at the end of a list

A comma is sometimes needed between the last two items in a list. This is known as the serial or Oxford comma.

They should seek the support of landholders, philanthropists, government, and community and industry groups.

If the title comes before the name, you don’t need commas, but most organisations use initial capitals (this is a question of style).

Use commas before and after words and phrases that ‘interrupt’ the sentence. For example:

He is, however, going to sit the exam again.
She agreed, reluctantly, to re-sit the exam.

Read my posts on:
Commas in court cases
Commas before and

Register for my online Grammar, Punctuation and Usage course.

Sentences: how to improve your sentences Comma questions: commas with dates and etc.