Ellipses and spacing around them

An ellipsis is always three dots 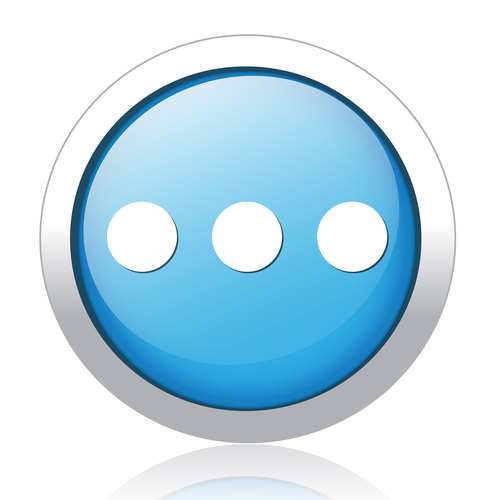 Reader’s question: If you have a full stop then an ellipsis, do you have three dots or four?

Answer:  We use ellipses to indicate that we have left out material we’re quoting from. In informal writing, we also use them to indicate we could have said more, but are choosing not to (You should’ve seen her … ).

That’s where agreement about ellipses end!

Full stop or no full stop?

Some style guides say that if an ellipsis follows a sentence, use a full stop and have a character space before the ellipsis.

The weather forecast was for rain and sleet. … He went anyway.

Other style guides say that you do not need a full stop to indicate the end of a sentence if it is followed by an ellipsis.

The weather forecast was for rain and sleet … He went anyway.

The Australian Style manual says: ‘With the exception of quotation marks, question marks and exclamation marks, no punctuation mark precedes the first point of ellipsis or follows the last.’

Spaces or no spaces?

With ellipses, you need to decide whether to use the Microsoft Word default or add spaces before and between your dots.

He droned on and on… (Microsoft default)

He droned on and on …

You also need to decide if you want spaces after an ellipsis.

Consult your style guide for spacing with ellipses

Consult your in-house or preferred style guide for spacing guidelines.

‘Use a space on either side of the ellipsis except when it’s followed by a question mark.

The Australian Style manual agrees. It also says that if a paragraph or more is omitted, the ellipsis points can be placed on a line of their own. It gives this example:

‘The new direction was emphasised:

The reform will also restructure Commonwealth-state financial arrangements, since taxes collected under the new system will be treated as state and territory revenue.

Exceptions will be granted to various health, community and charity services …’

Prepositions – in and at Principal and principle