Grammar questions answered: pronoun to use after ‘than’; splitting quotes 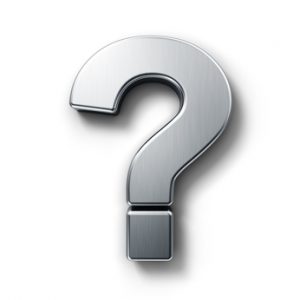 What pronoun should you use after ‘than’?

Question: Here is a question I’ve been wondering about for years. Here is the basic sentence – and I’m going to focus on race car drivers – hope you don’t mind:

Nico Rosberg was faster than Lewis Hamilton in the last race.

That’s pretty straightforward. One could switch the names and simply add ‘slower’, and it would still make sense:

Lewis was slower than Nico.

Both proper names can function as subjects. Now let’s substitute pronouns for the two proper nouns.

I would say ‘him’. but experts don’t agree on which pronoun should come after ‘than’.

The Guide to Grammar and Writing says:

‘When the personal pronoun follows except, but, than, or as, you’ve got an argument on your hands. Traditionally, these words have been regarded as conjunctions and the personal pronoun that follows has been regarded as the subject of a clause (which might not be completed). Thus “No one could be as happy as I.” (If you provide the entire mechanism of the clause — “as I [am]” — you see the justification for the subject form.) The same goes for these other conjunctions: “Whom were you expecting? who else but he?” “My father is still taller than she” [than she is].

‘Many grammarians have argued, however, that these words are often used as prepositions, not conjunctions (and have been used that way for centuries by many good writers). In a structure such as “My mother is a lot like her,” we have no trouble recognizing that “like” is acting as a preposition and we need the object form of the pronoun after it. Why, then, can’t we use “than” and “but” as prepositions in sentences such as “Dad’s a lot taller than him” and “No one in this class has done the homework but me”? Such usage is now widely regarded as acceptable in all but the most formal writing. The same argument is sometimes used for the object form after as — “The coach is not as smart as me” — but this argument does not enjoy the cogency of using the object form after but and than.’

Splitting a quotation over three glasses

Question: I want to break up a quote onto three wine glasses, but I am unsure about the rules. The full quote is, ‘Halt ein! Halt ein! O Papageno und sei klug! Man lebt nur einmal; dies sei dir genug!’

I’m thinking about going with this:

Should I capitalise ‘dies’ on the third glass? Would ellipses be inappropriate?

My editor had a better response than me. He said:

This must be a quote from Act Two of Mozart’s opera, The Magic Flute.

Translated into English, it is: ‘Stop for a moment, O Papageno, and be smart! You only live once [literally, ‘Man only lives once’]; let this be enough for you.’

Papageno is contemplating suicide and this is what the Three Spirits say to stop him. Note that there should be a comma after ‘Papageno’.

Your reader has chosen to leave out the ‘Halt ein’ from the glasses.

No full stops are necessary on glasses! And ‘Dies’ should be capitalised. Ellipses would look awkward.

Learn more about grammar with my online course: Grammar, Punctuation and Usage.