Use nonsexist language in business writing

There’s no excuse for sexist language in business writing 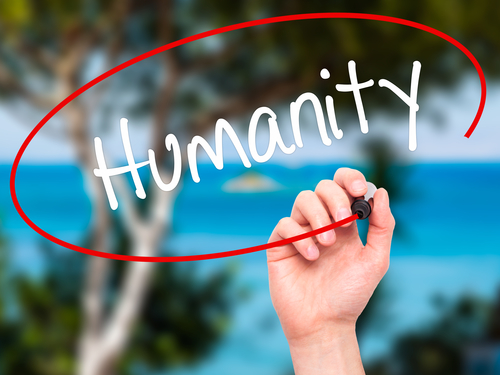 The first book on business writing I ever bought was The Handbook of Nonsexist Writing: For writers, editors, and speakers by Casey Miller and Kate Swift (The Women’s Press, 1981). I still have it on my bookshelf, and it’s available on Amazon. (My version has a hyphen in Non-sexist.)

They were pioneers in their day, but their book is still relevant today. As they say: ‘The need today, as always, is to be in command of language, not used by it, and so the challenge is to find clear, convincing, graceful ways to say accurately what we want to say.’

Man is a false generic

Did you know that in Old English the word man meant person or human being, but by the 18th century, the narrow sense of man was the predominant meaning? When man is used to refer to everyone, it is a false generic.

As Miller and Swift say: ‘Writers who persist in using man in its old sense often slip unconsciously from the general meaning to the limited one. The switch, unfortunately, is rarely discernible to their readers, who have no way of telling that generalizations about human beings have become generalizations about males.’

One example they give is:

‘As for man, he is no different from the rest. His back aches, he ruptures easily, his women have difficulties in childbirth…’

Over the next few weeks, see how often you read or hear man or mankind used to refer to everyone.

Man as a generic suffix

Today, most of us think twice about using man as a suffix for nouns that represent everyone though there are some exceptions – many people still prefer chairman to chair or chairperson, and tradesman is commonly used rather than tradesperson.

In initial attempts to avoid -man, –person was commonly used and some instances have stuck.

But many usages were awkward and other terms were introduced. For example:

The female suffix -ess still lingers with words such as waitress and actress.

Over the next few weeks, see how often you hear or read -man or -ess used as suffixes.

Avoid using he to refer to everyone.

Claimants must read their policies.

A claimant must read their policy. (This usage is becoming much more acceptable today. Read my blog on the singular they.)

In the past, people used constructions such as he or she or he/she, but these are clumsy and some people do not identify with either pronoun.

Learn more about grammar and usage with my online course: Grammar, Punctuation and Usage.

All about Words: commas in court, punctuation in urls and more Either/or and neither/nor