How to write opening and topic sentences 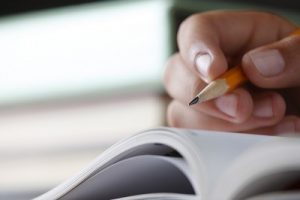 Your opening sentence must engage your readers

As Stephen King says: ‘An ‘opening line should invite the reader to begin the story. It should say: Listen. Come in here. You want to know about this.’

That’s why it’s often the most difficult sentence to write.

Even Stephen King admitted in an interview with The Atlantic that he can spend ‘months and even years’ writing an opening sentence.

He’s talking about fiction, but it’s true for whatever you’re writing.

How you write your first sentence will depend on what you’re writing (e.g. report or email), who you’re writing to and the formality of your writing.

Think about what your readers want to know

Why will your readers be interested in your topic? If it’s a work document, they may have to read it, but that’s no excuse for turgid prose. Think about the questions they’re likely to ask and what they will be most interested in. Then decide if you need a hook to grab their attention or if you just get straight to the point.

Fiction writers can write long, engaging opening sentences, but that’s not true for most online or business writing. How short will depend on the medium. In marketing and advertising copy, you can use a single word or short phrase. For example, Avis used the first sentence of an ad as a tagline for five decades. It simply states:

If you’re writing an article or online post, you may want to arouse people’s curiosity.

As she reached into the bag, something inside it moved.

But often your readers will want factual information – what are you writing about and why should they read on?

‘The black hole at the centre of our galaxy has helped astronomers confirm a key prediction of Albert Einstein’s ideas.’ (BBC article)

If you’re interested in astronomy, you may be wondering what the key prediction was. The next two paragraphs elaborate:

‘By observing a cluster of stars near the hole, they were able to confirm a phenomenon known as “gravitational redshift”.

‘It’s when the wavelength of light gets stretched out in response to a gravitational field.’

Of course, there are exceptions, such as this opening sentence to a New York Times article about 10 new books the author recommends.

‘It’s almost August, which for some of us means there’s only one more month to look awkward in flip-flops and a thick smear of sunblock while we lie on a hammock or a sandy towel, sweaty and heat-dazed and content, with an open box of ginger snaps and a pile of books at our side.’ (55 words)

Use a question as an opening

Starting with a question can sometimes gain people’s attention, but it is used more in articles and posts than business writing. A post in Psychology Today asks:

First, say it straight. Then say it great.

The advice in the above heading is from Luke Sullivan’s book on advertising, Hey Whipple, Squeeze This. He goes on to say:

‘To get the words flowing, sometimes it helps to simply write out what you want to say. Make it memorable, different, or new later. First, just say it.’

After the title, the opening sentence is what most people read next.

The first sentences in all the following paragraphs don’t have to work as hard to make us read on, but they should contain the main idea for that paragraph. They are known as topic sentences. Fiction writers can play with the position of topic sentences, but not business writers or copywriters.

You should be able to read all the first sentences in your writing and understand what the piece is about. Of course, if writing interests you, you will read it all, but a skim of topic sentences gives you a quick overview. Many people skim documents and then go back and re-read bits that interest them.

To illustrate topic sentences, I’ve taken the first sentence in three paragraphs by Lucy Kellaway, in an article called Email: The passive-aggressive colleague’s weapon of choice.

‘When Ray Tomlinson, the man credited with the invention of email, died early this month [2016], all sorts of people saw it as an excuse to complain about how his creation has messed up our office lives.’

‘I have a different accusation to level at email — it has made us all passive aggressive. It has encouraged us to sulk, to be falsely polite, sneaky and obstructive.’

‘Two weeks ago, I sent a longish, careful message to someone who had come up with a proposal I did not agree with.’ (The rest of the paragraph informs you of his reply: ‘Noted’ and her reaction.)

I got sidetracked while writing this and read some famous first lines in literature.

‘It is a truth universally acknowledged, that a single man in possession of a good fortune, must be in want of a wife.’

Here are a couple of others:

‘It was a bright cold day in April and the clocks were striking thirteen.’
George Orwell, 1984

‘The sun shone, having no alternative, on the nothing new.’
Samuel Beckett, Murphy

Loose and lose Fewer and less