Are hyphens useful or can you leave them out? 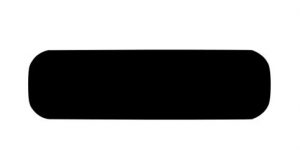 I often receive questions about hyphens and in this blog I cover some of the most common ones. I have written a general blog about hyphens previously.

There is a quote attributed to the Oxford University Press style guide that is often used when talking about hyphens:

‘If you take hyphens seriously, you will surely go mad.’

I do take hyphens seriously because I think they add clarity. Compare:

I also like hyphens in compound adjectives (long-term plan) and inconsistent use of hyphens in the same document irritates me. Does this make me mad? (No comments, please.)

What the quote alludes to is the lack of universal agreement about hyphenation. Not even dictionaries agree. The Australian Commonwealth Style manual says:

‘In general, British dictionaries are more inclined to hyphenate words than their American counterparts; the Macquarie and Australian Oxford dictionaries lie somewhere between the two.’

My favourite hyphen reference is The Chicago Manual of Style, which has an excellent section on ‘Compounds and Hyphenation’.

Q: How do you use hyphens with ages, for example, two year old child?

A: Compound adjectives (two or more words that both modify the following noun) are hyphenated in age terms.

However, if the age term is not modifying a noun, you don’t need hyphens.

The child is two years old.

The 17th edition of The Chicago Manual of Style hyphenates decision-making in both noun and adjective form.

This is a departure from the 16th edition that didn’t hyphenate the noun form.

I haven’t yet seen decisionmaking as one word. I would hyphenate decision-making in adjective form, but I don’t think it matters whether you hyphenate it in noun form. Just be consistent.

Q: Would you use a hyphen between the word mid and a month of the year. For example:

A: Americans use a hyphen with mid when it is followed by a capitalised word (The Chicago Manual of Style). I couldn’t find any Australian references, but as you know, there is no universal agreement about hyphenation. I personally would use a hyphen because I think it looks better, but the meaning is clear with or without a hyphen.

Q: Is it okay to include hyphens in the following expressions?

You need to consult your favourite dictionary to decide whether to hyphenate common expressions. Then be consistent!

A colleague consulted me about hanging hyphens (also called suspended or floating hyphens). For example: short- and long-term plans.

I don’t like hanging hyphens, so I would write short and long-term plans. I think omitting the hanging hyphen is cleaner, but since that is not a justification, I researched the topic.

‘“Hanging” (or “floating”) hyphens are sometimes used to connect two words to a base word or number that they share:

While this form of hyphen can be useful in condensed prose, it is also potentially ambiguous. Fuller wording such as “full-time and part-time positions” would avoid this problem.’

On the other hand, The Chicago Manual of Style (16th edn) says:

‘When the second part of a hyphenated expression is omitted, the hyphen is retained, followed by a space.

Having read both points of view, I would still rather omit the hanging hyphen. I cannot think of an example where omitting the hyphen would cause ambiguity.

Q: When should you use a hyphen with well (e.g. well-known author, well-dressed man)?

A: Well, the experts don’t agree about when to hyphenate well.

A compound adjective can include an adverb (fast-flowing river). The Australian Commonwealth Style manual recommends:

Most style guides would agree with the first statement, but some would use a hyphen in the second example (a very well-known dancer).

Style guides also don’t agree about hyphenating compounds that come after a verb.

An energy company’s creative use of a hyphen

We would be delighted if you send in your payment on time.
However, if you don’t, YOU will be de-lighted

Learn more about punctuation with my online course, An A to Z of Punctuation.