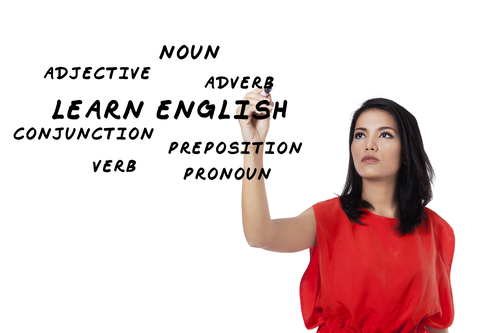 I can remember when I first started reading grammar books that the language was daunting (some of it still is!).

So here’s a few terms in case you need to refresh your memory.

Adverbs: tell how, when, where and how much.

Conjunctions: link words or parts of a sentence.

Determiners: come before a noun and tell us which ones, whose and how many.

Prepositions: used before a noun or pronoun to relate them to other words.

Pronouns: replace a noun previously mentioned or already known, e.g. it, you, who.

Moira was so tired that she fell asleep at the table.

Verbs show action or state of being; they are ‘doing’ words, such as play, write, sit.

They played sports before they sat down to eat.

Active voice: with the active voice, a subject performs the action of the verb.

I kicked the ball.

Passive voice: the subject receives the action of the verb, rather than carrying it out. \

The ball (subject) was kicked.

Clause: group of related words containing a subject and verb that is a complete sentence or part of a sentence.

I work in a bank.

Dependent clause: also known as subordinate clause – a group of related words containing a subject and predicate. Dependent clauses cannot stand alone – they depend on the independent (main) clause to make sense.

Because it was raining…

Independent clause: also known as main clause – a group of related words containing a subject and predicate. An independent clause can be a complete sentence or part of a sentence.

Modify: change or add to the meaning of another word or words.

Objects: receive the action of the verb. An indirect object either comes before the direct object or is used with a preposition (to or for).

Phrase: a group of related words that acts as a unit within a sentence, but do not form a complete thought.

fed up and bored

Subject: what or who the sentence is about. The subject often, but not always, performs the action of the verb – I invited a guest. (Not so in passive sentences – A guest was invited.)

Learn more with my online Grammar, Punctuation and Usage course.

Sign up for my monthly e-newsletter to receive writing and editing tips.

What versus which All about Words: online learning, write a novel, signs, food writing