Only: position in a sentence 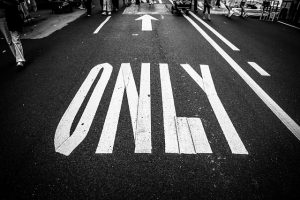 An e-newsletter reader commented that I had only in the wrong place in the following sentence.

I have only defined the ones I didn’t know.

I should have said:

I have defined only the ones I didn’t know.

I agree, but am not sure that it matters. Guide to Grammar and Writing says:

‘The issue of the proper placement of “only” has long been argued among grammarians. Many careful writers will insist that “only” be placed immediately before the word or phrase it modifies. Thus “I only gave him three dollars” would be rewritten as “I gave him only three dollars.” Some grammarians, however, have argued that such precision is not really necessary, that there is no danger of misreading “I only gave him three dollars” and that “only” can safely and naturally be placed between the subject and the verb. The argument has been going on for two hundred years.’

Misplacement of only can cause confusion

This comment gave me comfort, but I dug a bit deeper and found these sentences by the late journalist and grammarian James Kilpatrick.

I also found an example in The Economist Style Guide:

‘These animals mate only in June. They only mate in June implies that in June they do nothing else.’

Does the placement of only matter?

Neil Whitman has written an excellent post on the position of only and I agree with his conclusion.

‘To sum up, you should definitely try in written English to put “only” as close as possible to the word or phrase it modifies. However, be aware that doing this won’t eliminate every possible ambiguity. You have to rely on context, and if the context doesn’t make things clear enough, you may still need to rephrase to clarify. Conversely, don’t insist at all costs on precise placement of “only.” If the context makes your meaning clear, then let the rhythm of the sentence tell you where to put the “only.”’

If in doubt, rewrite the sentence to avoid only. I didn’t need only in my original sentence.

Read my post on the position of adverbs in a sentence.

Register for my online course, Grammar, Punctuation and Usage, to learn more about grammar.

More than versus over Spacing between sentences: one or two?