Storytelling in business and copywriting

How do you use storytelling in your writing? 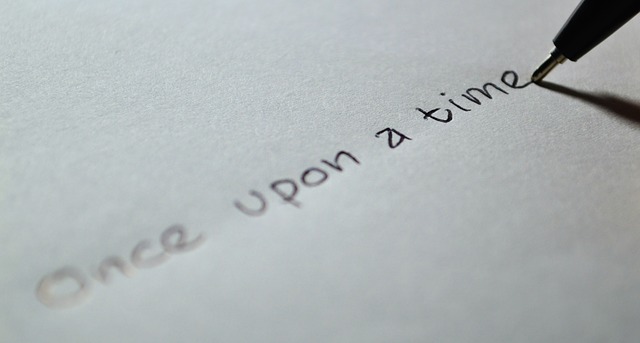 At a recent workshop, a woman said she was often told to ‘tell a story’ in her business writing. But story-telling didn’t come naturally to her in a business context, so she didn’t know what they meant.

I inwardly groaned in sympathy with this woman, thinking about two common types of storytelling that grate when I see them in business documents: the long winding road and failure-to-success stories.

Many writers take readers on a long winding road to explain everything they have done to solve a problem or progress a project. It’s as if they want to prove how busy they’ve been and they’re implying that every personal step they’ve taken along the way is important to you, the reader. Whereas what you really want is a clear picture of the solution to the problem or an overview of where the project is at.

This recital of every step reminds me of six-year-old writing. (I am sure not all six-year-old children write like this, but mine did.)

And all the while the reader is wondering, is this relevant and will it ever get anywhere?

My journey from failure to success

This is not a persuasive narrative because once again it’s about the person, not the problem or process. There might be a solution buried inside the fourth bullet point but that’s not where it belongs in your document.

That said, is there a place for storytelling in business and marketing? Rest assured, it can work well.

Telling a story can provide a context for your messages

Too often, writers forget to contextualise their writing so you feel as if you’re joining a conversation halfway through. If you don’t watch the news for a few weeks and then switch on again, some news items may puzzle you. It’s the same experience reading documents without any context. This is where some narrative technique can make things clearer for the reader.

Of course we don’t want a lot of context – or we’ll end up on the long winding road – but we need some. Sometimes it’s as simple as thinking ‘why am I writing this?’.

Don’t assume that everyone will understand what’s happened in the external or internal environment to influence your writing. Or that they will understand your jargon. For instance, as I was writing this, I accidentally locked myself out of my website by entering the wrong password too many times. When I googled how to fix it. I was told to go to my cPanel. I had no idea what or where that was. On further research, I discovered it was a control panel that my web developer had access to, but I didn’t. I had a vague memory that if you entered your password too many times one day, you could try again the following day. That worked, so I didn’t need to worry about the cPanel!

If you’re writing to persuade or influence, your writing will have a narrative structure. This is like that of a story, but it’s unlike that of a novel, because you let your readers know upfront what you’re recommending. Then you’ll take a step back and lead your readers through your reasoning to show how you came to that recommendation.

To do this, you need a balance of prose (paragraphs and sentences) and bullet points. By contrast, if you were writing factual information, such as a project update, you could use mainly bullet points. The points would of course be would be in a logical order but you wouldn’t say they told a story.

If you choose a narrative structure, make sure it flows well. A writer recently asked me to compare his draft with his manager’s rewritten version. The main difference was the language and flow. The manager’s version was much more conversational, even though it was quite formal. By contrast, the writer’s version was jerky and he’d dressed up his language with bureaucratic speak. He admitted he’d copied some material straight from a policy document, and not rewritten it in his own voice.

When the woman in my workshop was told to ‘tell a story’ in her business writing, it confused her. I wonder if ‘storytelling’ is the right word to use when giving this kind of advice? I tend to recommend that writers think about ‘context’ rather than ‘storytelling’, because I’ve been taken on so many long winding roads that lead nowhere… But does the word ‘context’ define what I’ve been talking about above?

Maybe you can suggest a better term?

Improve your writing skills with one of my online courses.

That: When can you delete ‘that’? All about Words: online email course and storytelling in business writing