Is the subjunctive dying? 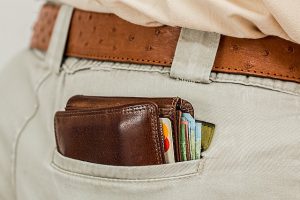 The words ‘If I were a rich man…’ are from a song in the  musical, Fiddler on the Roof.

Many people believe the subjunctive is dying. Somerset Maugham says in A Writer’s Notebook (1949):

‘The subjunctive mood is in its death throes, and the best thing to do is put it out of its misery as soon as possible.’

One of the most common usages of the subjunctive is to express wishes or conditions contrary to fact. The only grammatical indication of this mood is that with singular subjects we use were instead of was.

If I were a millionaire, I would stop work tomorrow.
If he were honest, we wouldn’t be in this situation.

Today, many people would use was instead.

If I was a millionaire, I would stop work tomorrow.
If he was honest, we wouldn’t be in this situation.

My opinion: I still like the subjunctive in these types of sentences, but am not sure it matters.

The mandative subjunctive is used in requests

We use what is known as the mandative subjunctive to express requests, demands, suggestions and recommendations.

The mandative subjunctive is indicated by the use of the base form of the verb (love, skip) with singular subjects.

I insist that he eat at the table.
He demanded that the motion be put.

Once again, many people would say:

I insist that he eats at the table.
He demanded that the motion was put.

I insist that he should eat at the table.

I don’t have strong feelings either way, but I read a lot of recommendations in board papers and wish they were consistently constructed. For example, either:

We also use what is known as the formulaic subjunctive for idiomatic expressions with the meaning of ‘let’ or ‘may’.

Long live the King!
Perish the thought!
Come what may…

My opinion: The formulaic subjunctive will live on in commonly used idiomatic expressions, but some old-fashioned expressions such as Perish the thought may die out.

I don’t believe the subjunctive is dead

My research suggests that the subjunctive is more commonly used in the US than in Australia or Britain, so I think it is unlikely to die out altogether.

The following line by Shakespeare would not read as well without the subjunctive.

I like the subjunctive, but I value consistency more, and wish that writers understood it better and made informed decisions about whether to use it or ditch it.

Learn more about grammar with my online course: Grammar, Punctuation and Usage

Common mistakes to watch for when editing WriteAussie – further, lie, towards, dependent