The Grammar Factor: acronyms in summaries, media is/are, the power of the pen

Windows is shutting down
By Clive James

Windows is shutting down, and grammar are
On their last leg. So what am we to do?
A letter of complaint go just so far,
Proving the only one in step are you.
Better, perhaps, to simply let it goes.
A sentence have to be screwed pretty bad
Before they gets to where you doesnt knows
The meaning what it must of meant to had.
The meteor have hit. Extinction spread,
But evolution do not stop for that.
A mutant languages rise from the dead
And all them rules is suddenly old hat.
Too bad for we, us what has had so long
The best seat from the only game in town.
But there it am, and whom can say its wrong?
Those are the break. Windows is shutting down.

The power of the pen 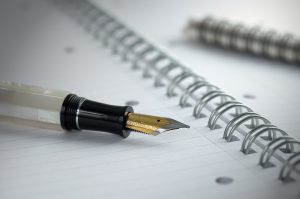 A reader supplied this story. The novels of the famous German writer Erich Maria Remarque (best known book: All Quiet on the Western Front), the characters do quite a lot of drinking.

‘During the doomed love affair in Arch of Triumph [1946], Ravic and Joan drank Calvados in such quantities that the novel – a bestseller – touched off an American sales boom so wild that Normandy ran out of apples.’ (London Review of Books, 7/5/15)

I’ve written three blogs recently that might interest you:

Answer: I have never read any official guidelines, but the conventions I often see are:

Use your common sense with acronyms. For instance, if you’re writing an internal document, I don’t think you need to spell out terms you know your audience will understand (e.g. ATO if your audience is Australian business people).

NB We use the term acronym these days to apply to both acronyms and initialisms, but there is a difference – an acronym becomes a word in its own right (Qantas) and an initialism doesn’t (FAQ).

Media – singular or plural?
Question: I contributed an article to a magazine using ‘media’ with a plural verb (media are) and the editor changed it to a singular verb (media is), stating that ‘media’ is always singular. What do you think?

Answer: ‘Media’ can be used with a singular or plural verb depending on the meaning. The Macquarie Dictionary says:

‘While the word media comes from a Latin plural, English media can be construed as a collective in the singular (the media encourages violence) or, if viewed as a range of different media, in the plural (the media all have their own special strengths).’

I regularly facilitate workshops with the Governance Institute of Australia.

Books and articles about writing

English song lyrics are SO sad
I read in The Big Issue that Mbenzele Pygmies in the Congo found Western music negative. They didn’t think much of the tunes from Schindler’s List, Psycho and Star Wars. Their own music is positive because they don’t want to disrupt the harmony of the forest. Then I read the following article that confirms that Western song lyrics are among most miserable forms of writing in the world.

What language will dominate the world in the future?
According to this article, English will dominate in 2115, and we can expect fewer and simpler languages on all continents.

Do you use the word youse?
This article looks at why it deserves a place in Australia’s national dictionary.

‘Don’t get it right, just get it written.’
James Thurber