The Grammar Factor: commas with ‘and’, ‘myself’ and ‘whose’ for things

There are two occasions where a comma can be used before ‘and’:
•    Serial comma (also called the Oxford comma)
•    Coordinating conjunctions (joining words)

Serial comma
The serial comma is used before a final ‘and’ in a list for clarity.

An urban myth is that a woman left her estate to John, Martha, Alan and Joyce. John and Martha argued that the estate should be divided into three and that Alan and Joyce should share a third.

Another example given on Wikipedia is: To my parents, Ayn Rand and God.

Some writers go overboard with the serial comma and use it in every list with a final ‘and’. I think that’s unnecessary. Let sense dictate usage, and use a serial comma only when it adds clarity. 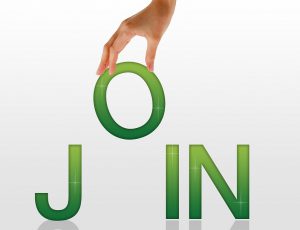 My train is running late today, and I’m afraid I’ll miss my meeting.

Read the rest of the blog.

Read my other recent blogs about when to use the active voice and the singular they.

Write to Govern workshop in Brisbane

Join me in Brisbane where I will be conducting a workshop for the Governance Institute of Australia on Thursday 17 September 2015.

Myself and yourself
A reader spotted these sentences recently and wondered if the horse has bolted.

My response:
I agree this is a common mistake, but I hope the horse can be restrained. Many people I’ve worked with tell me that ‘me’ is too informal and that ‘myself’ sounds softer. They don’t realise that ‘myself’ and ‘yourself’ are reflexive pronouns.

Reflexive pronouns end in self or selves and refer back to a noun or pronoun mentioned earlier in the sentence.

I took a selfie of myself at the conference.

Emphatic pronouns take the same form as reflexive pronouns and intensify a statement.

I myself dislike the abuse of reflexive pronouns.

‘Whose’ for things
Question: Is it acceptable to use ‘whose’ for things as well as persons? For example: ‘The apartment building, whose residents were mostly well off, was exquisitely designed.’

‘The apartment building, the residents of which…’ always seems so clumsy.

Answer: It is fine to use ‘whose’ for things.

‘The use of whose to refer to inanimate antecedents (as in We could see a building whose roof was painted gold) has been criticized by usage commentators since the 1700s. The tradition holds that whose should function only as the possessive of who, and be limited in reference to persons. Nonetheless, whose has been used to refer to inanimate things since the 1300s, and it appears in the works of many illustrious writers, including Shakespeare, Milton, and Wordsworth.’

July Grammar Geekery
Bill Walsh’s July geekery is worth a read. He answered a question this month about the serial comma.

Question: I am a huge proponent of the oxford comma. I think it’s a huge help in clearly indicating when lists/series end. Why do some people find it unnecessary? The agency I work for doesn’t use it, and it drives me crazy!

Bill Walsh’s answer: Skipping the serial comma is a long-standing tradition in journalism, perhaps because those tiny bits of saved space/ink add up.

I don’t feel strongly about the issue. I skip the comma in most series because I’m in journalism, but I don’t buy the clarity argument. For every “my parents, Ayn Rand and God” example, there’s a “my mother, Ayn Rand, and God” one.

Take a MOOC course on grammar

The University of Queensland ran a popular grammar MOOC with edx last year, and it’s running it again this year. It’s just started, so it’s not too late to enrol.

Can reading make you happier?
I’ve always known that reading helps one deal with life, but did not know that there are bibliotherapists who prescribe books for a wide range of issues, including grief, depression and dementia. Read more.

Quiz How good is your punctuation?
Do you know your colons from your semicolons? Could you pick out a comma splice? Test your knowledge with this punctuation quiz.

The singular they Biz Grammar